Chapter One Hundred Fifty-Seven:
Garry Phelge and Stephanie Richards were alone on the main deck of Winston’s massive cabin cruiser. Winston named his boat, Discovery. They were both leaning on the railings just enjoying today’s beautiful weather. It was a hot sunny afternoon and the water on the lake looked calm. They were both enjoying the cool breeze coming off the lake. It was the first time since their conversation in the town commons that Stephanie and Garry had an opportunity for some personal time together.
“Do you know what you would like to do in the future, Garry?’’
Garry chuckled, “How far into the future are we talking now?”
“Let’s say in the next five years,” said Stephanie.
“Do you mean, what do I want to do when I grow up?”
“That’s part of it, I guess,” said Stephanie.
“I don’t know. The best that I’ve been able to do is work some casual labor jobs. People who have schizophrenia are not that much in demand in the workplace. Plus it’s really hard to keep it all together for eight to ten hours at a stretch,” answered Garry.
“I think I understand what you are saying, Garry. Maybe that’s part of the reason that I feel such a strong connection to you,” said Stephanie.
“And I thought it was my irresistible, animal magnetism,” said Garry in a deprecating manner.
“Don’t take such a negative view of yourself. I do find you physically attractive, but that’s not the main thing that I’m looking for in a guy,” said Stephanie.
“What are you looking for in a
“A lot of things. I don’t mean to sound old school but I mainly look for integrity and character in a man,” answered Stephanie. 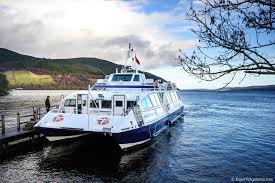