The first night on the job two guys started heckling the LaSalle’s house band, Blind Rage. Godzilla didn’t waste any time. He grabbed both those idiots by the back of their collars and carried both of them out to the back parking lot. One of the hecklers turned to the other one and said, “We can take him. It’s two against one.”

As soon as one of them made a move toward him, Godzilla grabbed both of them and dropped them in a nearby parking lot dumpster. That’s how Godzilla likes to take care of business. As Winter Dreams were all there to watch Blind Rage that evening, we were very impressed with Godzilla’s ability to handle a dicey situation. That night the band called him over to our table and asked Gordon to be our road manager. The rest is history as they say,” Peyton said. 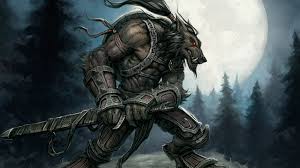