Vance Chessler stepped up to his mic stand and said, “Thank you so much people. We’ve had a blast playing for you guys tonight and we only have time for one more song. What do you people want to hear?”

“Ah, an oldie but a goodie. A wise choice my sweet young thing,” said Vance. “’Gloria’ it shall be and because you guys have been so good to Winter Dreams tonight, Peyton’s going to play a fantastic guitar solo that will be included in the middle of this song.”

When the band finished playing ‘Gloria’, the small but crowded and sweaty audience began clapping their hands, whistling, stomping their feet and screaming, “More! More!”  Vance looked exhausted, but he turned around to the band to check if they could do one more song. They nodded their consent.

“You are too kind, but if it is okay with the custodian, we’ll do one more song.” Vance looked at Jack, the heavy set custodian who yelled, “Go ahead guys. Five minutes longer isn’t going to kill me.”

Vance said, “You know guys, around 1965-66, there was a show band that we really loved called Paul Revere and the Raiders. We’d like to do their first big hit, ‘Louie, Louie.”

With that, Peyton hit the first three chords to start the band off. Despite the fact that the hour was growing late the kids took to the dance floor with wild abandon, each doing their own thing while perspiring profusely. A line of boys stood up a few feet from the band wishing that they were one of the guys performing on stage.

When the song was over Peyton picked up a towel to dry off his perspiration and walked towards Rick,

“Well, what did you think of my band?”

“You guys are fantastic,” Rick said.

“Thanks. I’ll make you an offer you can’t refuse. What if you help Jack with sweeping and carrying the trash outside? After the band is finished packing up our gear we’ll all go over to my place and have a few beers.”

“You’ve got yourself a deal. Thanks a lot, man.”

The band had two vehicles to load up their equipment. Chevy Raines, of course, had a Chevy van from which his name was derived. Peyton Ramparts had borrowed his dad’s white Ford Galaxie. Rick helped load most of the group’s gear into the van. The remainder of the musical equipment was loaded into the back seat and trunk of the white Ford Galaxie.

Rick rode shotgun along with Peyton.

“Wow, I had no idea you could play guitar like that,” Rick said. “Your band really put the crowd over tonight.”

“Thanks man. I was getting good vibes from the audience too,” Peyton said. “It always feels good when you feel rewarded for your work. I mean Winter Dreams has been practising two to three times a week for the last three months. Our sound is really coming together. We’re hoping to record a record as soon as I finish writing some original material for the band. Vance and I usually team up to write the songs. The stuff we’ve come up with already sounds pretty good.”

“How are you going to get your music recorded?”  Peyton asked.

“Chevy’s dad works at CKRC radio station. He has made some good connections with the deejays. One of them said he would see if we could do some recording at the radio station.”

The boys noticed that it had started snowing heavily and that the wind had really picked up.

“I was listening to the radio at home and the forecast warned of a possible blizzard this weekend,” Rick said.

“It’s starting to look like the station’s weather predictions were right,” Peyton said. “I’m just glad that the bad weather held off until after our gig.”

Peyton had the windshield wipers going at their fastest speed, but his visibility was still poor. Rick enjoyed the winter season, even the snowstorms. He actually liked shovelling snow at his house. Rick loved to watch the snow pouring down under the amber glow of the street lamps.

Within ten minutes Peyton’s car and Chevy’s van made it to Peyton’s place. Rick helped Peyton unload his car. He noticed that it was presently very cold with the added wind chill. His fingers were starting to freeze. The band had to be very careful unloading their gear as the ground underneath them was now quite slick. Ice patches were covered by the new snowfall and it was impossible to predict where the slippery spots were.

As the boys finished loading the last of their equipment into Peyton’s house, a red Buick parked in front of the house and several people started getting out of the large car. Among the passengers Rick could see his neighbor, Misty.

When Rick and the band arrived at Peyton’s place they headed down to his parent’s finished rec room. They were greeted at the door by Peyton’s parents, Stan and Ruth Ramparts. Peyton’s parents were very cool people. They got married at a very young age and both smoked marijuana. Stan and Ruth were very proud of their son and were very supportive of his musical aspirations. They were unlike most parents, as they actually listened when young people talked to them. They were actually happy that Peyton’s group and his friends liked to practise and hang out at their place. They reasoned that this way they knew what Peyton was up to most of the time.

Every successful band has fans, groupies and hangers- on and Winter Dreams were no exception. Young people felt that they were hipper and higher up on the social scale if they were considered to be intimates of a well known popular band.

Misty arrived with a car load of the privileged Winter Dreams insiders. To Misty, being cool was everything and she always needed to be where the action was.

Both beer and weed were in abundance at this after gig party. These post concert  gatherings somewhat resembled the press conferences that professional athletes would have after they played a game. Many of the group’s friends and followers would comment on the highlights of the band’s performance and would ask questions about particular song choices.

Misty sat cross legged on a beige colored carpet and turned her head to look at Rick who was looking very relaxed sitting on a burgundy sofa.

She was very surprised to see Rick here, but thought about her last contact with him. About a month ago she was taking the bus home when she spotted Rick seated about halfway down the length of the bus. Misty asked Rick if she could sit in the open seat beside him. Rick was also surprised to run into Misty and felt rather honored that she wanted to sit beside him. Misty felt bad for both Rick and her sister, Sasha when they broke up, but she had to admit to herself that she found Rick to be very attractive. Rick and Misty had a really friendly, lively conversation during their bus ride home. 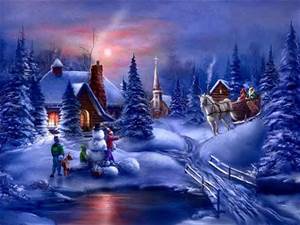