The Squared Circle Article 2:
Summer Slam Review (Part Two)
Two days ago I reviewed Part One of Summer Slam 2014. Today I’ll share my observations for Part Two. Bray Wyatt defeated Chris Jericho. The highlight of this match was seeing the expression on Jericho’s face while watching Bray performing his Exorcist routine. Like John Cena before him, this totally freaked Chris out and caused him to lose his focus during the remainder of the match.
Further into the show Roman Reigns beat Randy Orton. By this time Roman Reigns has become a fan favorite with the WWE Universe. Reigns is a much better role model than Bray Wyatt.
In the main event, Brock Lesnar gave John Cena one of the worst beatings I have ever seen. Cena was forced to go on the defensive right from the beginning of the match. John showed his courage by enduring sixteen suplexes from Brock Lesnar. I wondered why John Cena could not get a little more offense going during this contest. Was Cena under the weather or had Lesnar psyched John out with his pre-match fear tactics? One can only wonder how Cena s going to recover from this title loss. 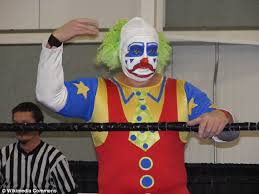 The Squared Circle Blog by Ken David Stewart
Volume 1 First Post (Part One)
A Review of Summer Slam, August 17, 2014
Having watched Summer Slam yesterday evening, I would give it an overall score of 4 out of 5 stars.
The Kickoff Show was very good and featured a match between Cesaro and RVD. This was a well fought match and ended in somewhat of an upset by RVD. I am very happy to see RVD come out the winner. He has not won too many matches since his return to the WWE. This was a big win for him which should start him on the road to picking up more victories.
The first match of the official start of Summer Slam featured The Miz vs Dolph Ziggler. Like RVD, Dolph has played the role of the journeyman wrestler. Good enough for an early spot on the wrestling card but supposedly lacking the skill set to be a top card draw. Personally, I can’t stand the Miz. I was glad to see Dolph Ziggler win The Intercontinental Championship because he has worked hard and deserves it. I would be happy to watch any wrestler beat The Miz with the possible exception of Bo Dallas.
In the women’s championship match, Paige defeated A. J. Lee to win the title back. This title has gone back and forth between these two divas a couple of times now. I don’t know how long the WWE can keep having the same two competitors in a similar type match. Even the best rivalries get old after a while. On a side note, Paige does not skip as well as A.J. Lee.
I was disappointed by the end result in the the Jack Swagger vs Rusev match. Over the last month Jack Swagger has gone way up in my estimation. Although it’s true that Swagger doesn’t win very often he gives an all- out performance.
The lumberjack match between Dean Ambrose and Seth Rollins should have been scheduled as the evening’s main event. This was indeed the most exciting lumberjack match that I have ever seen. I just wish that Kane could be kept in the dressing room so that he wouldn’t interfere in any more matches. I know. Fat chance of that happening any time soon. See you soon for Part Two of this article.

“Oh, I know that you will, but not until at least one year from now. Lionel, I’m granting you a sabbatical leave starting today. Don’t worry about money. The university will continue to send you pay cheques over the next year. You’ve been paying into the deferred salary leave plan for several years now and you certainly deserve a break from teaching. I have full confidence that in one year you will return to your duties as a new man. This university owes you, Lionel. In the past you have been one of the best teachers this university has ever had.”
Although Lionel had been very disheartened from hearing the negative reports from his students he knew that they were true. However, he had to admit that he felt relieved like a great burden had been lifted off his shoulders. Lionel knew that he was not in any shape to continue teaching at this time in his life.
“Thank you, Edward. You have been very kind to me. I must admit that I am far from over the death of my wife. She meant the world to me and we had such a wonderful life together. Lionel began to sob and then checked himself. Don’t worry about my performance. When I return to work next year I will not only be as good a teacher as I used to be. I will be better.”
“ I know you will, Lionel. Oh, by the way, we’ll need to think of a research project that you will be working on during your sabbatical. That’s the administration’s rule, but don’t worry about it. It’s just a formality. When you think of a project you might be interested in, give me a call.”
“I will definitely do that and I”ll get back to you with my answer sometime next week.” 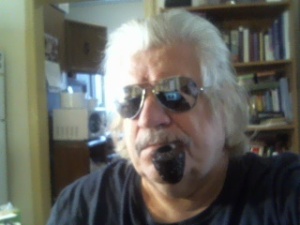 Today, however, the mood in the dean’s office was sombre. Dean Sanderson asked Lionel to take a seat in his office.
“How are you feeling, Lionel?” asked Dean Sanderson.
“A bit nervous to tell you the the truth, Edward. The email you sent me stated that this meeting was urgent,” said Lionel.
“I’m afraid that this will not be an easy meeting for either of us. Frankly, Lionel, I’ve heard some disturbing reports from your students since your return to the university. I’ve also made some observations myself that have me worried about you, “said Dean Sanderson with compassion in his voice.
“What are you referring to, specifically? What have my students been saying about me?” asked Lionel.
“A few of them have been telling me that you don’t seem to be yourself after your recent return to work. They say that you have been coming to class looking disheveled and tired. One of them said that you are now lecturing in a monotone voice and that you appeared to be in your own world. Another one said that you often show up to class ten minutes late and that you often lose your train of thought during your lectures. The most disturbing report I heard was that students have said that they’ve frequently smelled alcohol on your breath.”
“Did they say anything else?” asked Lionel.
“Yes, they did. Many of your students have told me that it takes forever for you to get their term papers and lab reports marked.”
“They’ve painted a very bleak picture of my job performance,” said Lionel shifting uneasily in his chair. He felt his face starting to redden.
“Yes, indeed they have. But there’s one important fact to keep in mind, Lionel. All these negative reports have occurred after your loss of Edith. I have also noticed a big change in you. You now appear to be slouching and you walk very slowly with your head down. You now rarely have coffee with the other faculty in the lounge.”
“Well, now that you’ve told me all this Edward, I’ll try to pull my socks up and do a better job,” said Lionel. 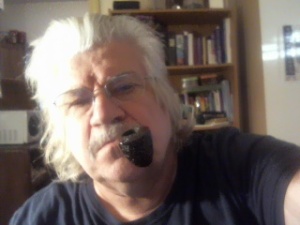