Episode One Hundred Eighty-Eight (Conclusion):
The Harbor Patrol arrived and managed to transport the maimed diver to the closest hospital but unfortunately, the man died at the hospital. By this time Bobby O’Conner had found out about the aborted mission to capture a live Ogopogo. Before conducting his interviews with the key participants the veteran reporter decided that he would do the right thing and would inform William Everett, the head of the Fisheries Department and Sheriff George Anderson of the day’s events. Bobby figured that if he didn’t the Harbor Patrol surely would and he wanted to say on good terms with the authorities.
The major leaders of the expeditions collectively agreed to call a halt to their investigations. On talking it over at an undisclosed meeting sight, Blake Riley, Jack Kimberly, Dr. Lionel Hardy and Winston Standfield came to the conclusion that it was too dangerous to continue their mission to capture a live Ogopogo. They all felt that the human cost was too high to proceed any further at this point. They also knew that they would have to wait to find out if criminal charges were to be brought against any of the expeditions’ participants. They agreed that their mission was not a complete failure. A preponderance of new research data had been collected and the photographic and video evidence all pointed to the proof of Ogopogo’s existence.
John and Susan Richards decided to go out for coffee to discuss how recent events were going to effect their relationship. They both concluded that they should end their separation and give their marriage another chance. The decision on where to live was settled at a Richards family meeting. Ryan and Monique shared that they wanted to continue living in Kelowna as they both wanted to pursue their academic studies at The University of British Columbia. Stephanie informed her family that she too, wished to reside permanently on Kelowna as she wanted to continue her relationship with Garry Hardy.
Wally Standfield and Garry Hardy both decided that they would return to The Kelowna Mental Health Center to complete their therapeutic programs. Upon graduation, Winston Standfield suggested that the two young men should live with him.
As for the Ogopogo family, legislation was passed that ruled that any future research projects that involved either searching for or attempting to capture the creatures would be declared illegal. 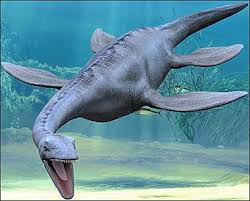 Chapter One Hundred Fourteen
Blake Riley had finished speaking with Dean Anderson and Dr. Hardy. He had impressed upon them the necessity of getting out on the lake as soon as possible. Blake informed the two men that given all the recent publicity, they were likely to not be the only expedition searching for Ogopogo. He had also phoned John Richards to make sure that he and his son Ryan were ready to go. His last call was to Daniel to make sure that Peter Marks and his crew of professional divers would be joining them at the specified lake front location.
Within an hour all of Blake Riley’s crew had arrived and reported for duty. Although this expedition was supposed to be a university research exploration, it was clear who was really in charge. Blake Riley could not have succeeded in accumulating his considerable wealth unless he knew how to lead others. Blake knew instinctively how to take charge.
The university crew was the first to arrive at the lake front. This group of students including Ryan and Monique were already very excited. Dean Sanderson and Dr. Lionel Hardy were probably as filled with nervous energy as the young people were. The two men of academia were well aware that they were about to embark on a journey that could make history.
Not long after the university crew had arrived Peter Marks and his trained professional investigative unit arrived.
John Richards was the last to arrive, being somewhat delayed and upset by his recent telephone conversation with his ex-wife, Susan.
Blake Riley instructed the groups and individuals to board his cabin cruiser. To say that his boat was luxurious would be grossly understating the obvious. All that boarded the vessel were now talking about the beauty and functionality of Blake’s boat.
Once all were aboard Blake asked everyone to assemble on the main deck. With a huge smile on his face, Blake Riley began addressing all that were assembled on his craft.
“Ladies and gentlemen. We are about to embark on an expedition that is going to make history. In a few short minutes we will start heading out to the area surrounding Rattlesnake Island. As our two esteemed university professors are well aware, this is the location where the most sightings of Ogopogo have been reported. Some cryptozoologists believe that Ogopogo’s lair is to be found somewhere in the underwater caverns beneath Rattlesnake Island. As is the case with most, if not all of you, I am expecting at least one close encounter with this legendary lake creature. I am expecting that we will return with indisputable evidence of the reality of the existence of this exotic animal.” 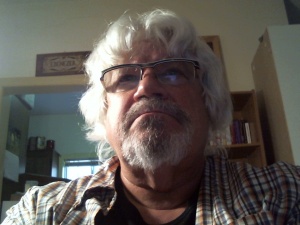 Bill figured that it was probably his stepson Blake calling. Since his recent separation from Blake’s mother, Bill made it a high priority to visit his stepson on a regular basis. He and Blake had formed a strong bond while Bill and his mother were together. Bill didn’t like living alone in his apartment and he missed his family.

As he was very curious about discovering more about his unusual tablet, he had to force himself to put it on the coffee table while he answered the phone.

As he punched the talk button and said ‘hello’ Bill could hear the excitement in his step-son’s voice.

“Hey, Dad. Did you hear about the next wrestling card on August third? It’s going to be at The Fargo Dome.”

“No, I didn’t hear about it until you told me. Who’s in the main event?”

“Absolutely. I like wrestling as much as you do.”

Chapter One Hundred Sixty-Six:
“I know how you feel. I miss the kids over the summer months when they are with you,” said Susan. “It makes it a difficult situation for both of us.”
“You’ve changed over the last year, John. I can no longer push you around. Don’t take this the wrong way, but the old John I knew was kind of wimpy. You seem surer of yourself, more in charge somehow. I like the new John much better.”
“Thank you. I’ll take that as a compliment. I tend to agree with you. Before this expedition I kind of let people and circumstances walk all over me. I was much too passive. I had goals and dreams but I didn’t have the courage to carry them out. The truth is that I didn’t like the old John very much myself. I was too sensitive, too introspective and full of self -pity. I really didn’t blame you for divorcing me.”
“I don’t want you to give up your sensitive and caring personality John. I just wanted to see you show yourself as strong and capable of handling life,” said Susan.
“I have to admit that my own way of coping was escape, mainly through my writing. When I write I become someone else. The characters in my novels are strong and heroic, the way I would like to be. Also, when I write I can control other people and life and I got addicted to that feeling. I guess that I was living in my own fantasy world,”
“I don’t want you to give up your writing, John. I’ve read some of it. It’s very good. I just want you to spend less time writing and more time with me and the kids,” said Susan.
“I think I could do that,” said John with a hint of a smile crossing his face.
“John, I want us to try again.” 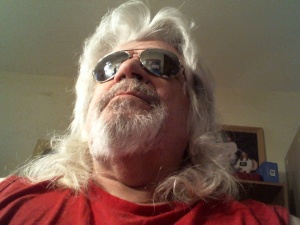 Chapter One Hundred Sixty-Five:
“I didn’t get a chance to tell you John, but I was terrified when I saw you dive into the lake to look for those two divers,” said Susan.
“It was probably not the smartest thing to do, but I reacted almost by instinct. I didn’t really think about how risky my actions were at the time. All I could think about was that two of our crew could be in serious trouble and that someone had to take immediate action. As I had once been trained to be a scuba diver I knew that I was the only one aboard the ship that could look for the two missing divers,” John explained.
“You can’t imagine how relieved I was when I saw you return to the surface. Those ten minutes when you were underwater seemed like the longest ten minutes of my life. I was afraid that I was going to lose you forever,” said Susan.
“You are starting to sound like you really care about me,” said John. “but you care about everybody. That you were worried about my safety shouldn’t surprise me. After all, we used to be husband and wife.”
“I’m starting to get thirsty, John,” said Susan.
“There’s a Tim Hortons along this trail. We should be there in about five minutes,” said John.
When John and Susan arrived at Tim Horton’s the restaurant was only half full of customers enjoying their coffee and doughnuts.
“What would you like Susan?” asked John. John had found them a booth near the back of the restaurant. Susan looked out at the natural beauty surrounding the lake.
“I need a large glass of cold water and then I’ll have a coffee with cream and sugar. I think I’ll have an apple fritter too. Can you order for us John? I need to use the washroom.”
“No problem,” said John.
When Susan Richards closed the door to the women’s washroom, she began to sob quietly.
I had no idea how much I missed that man. It feels so good to be spending time with him after all this time apart.

After she used the washroom and washed her tears away, Susan collected herself and walked over to their booth. John had already brought their order to their table. John had ordered the same thing as Susan had.
“What’s the matter? You look like you’ve been crying,” John said looking at the red in Susan’s eyes.
“I can’t hide it from you John. I just enjoyed our walk so much. Just being with you and talking to you filled me with so much joy. I don’t think I realized how unhappy I’ve been living in Winnipeg. This time with you also showed me how lonely I’ve been and how good it felt to be close to you,” said Susan reaching for a tissue to wipe another tear from her eye.
“It’s been hard for me too Susan. It’s been a very miserable time. The only season that I perk up a bit is during the summer when Ryan and Stephanie come to visit me.” 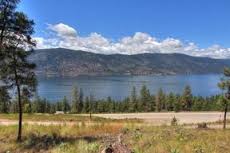