Episode 34:
Eric Coswell skated over to the Cougars bench to pass on the pep talk that Rick Miller had just given him. He then skated back to take his position on defense. Eric was the best defenseman on the Cougars roster and he was absolutely fearless when it came to protecting Rick in goal.
Shortly after the puck was dropped to start the second period Eric’s determination and courage were put to the test. During the first intermission Jeff Hadley, the Norberry Knight’s coach had given one of his power forwards, Glenn Davison, a special assignment. Jeff asked Glenn to meet him in the washroom for a private conversation.
“Look Glenn, I didn’t want to say this in front of your teammates, but I want you to do something for me during the second period.”
“Sure. What do you want me to do, coach?” Glenn asked as he adjusted his elbow pads.
“Glenn you’re a smart enough player to see what happened out there in the first period. We badly out played the Cougars. We had the puck in their end the majority of the time and out shot them eleven to four. We should be winning this game by at least two goals, maybe three. The only reason we’re not winning this game is Maplewood’s goalie, Rick Miller. He’s made some incredible saves during the first period and that is why the game is still scoreless. As soon as you get a chance, I want you to take a run at him. I want to see Rick Miller hit so hard that he has to be taken out of the game. At the very least I want to see Miller so shaken up that it will throw him off for the rest of the game,” Jeff said trying to speak quietly so that his other players wouldn’t here what he told Glen. The Knight’s coach knew that there were a few bleeding hearts on his team that would not approve of so unsportsman like a game strategy.
“No problem coach. I’ll take Miller out of the game. I know that their defenseman, Eric Coswell will go after me as soon as I crash into Miller,” Glenn said.
“I know he will, but you’re the team’s enforcer. I expect you to punch Coswell out in the ensuing fight. I want to send the Cougars a powerful message. We can’t allow a weak team like Maplewood beat us this early in the season. I want our team to win the city championship,” Jeff said pounding his fist into his other hand for emphasis. 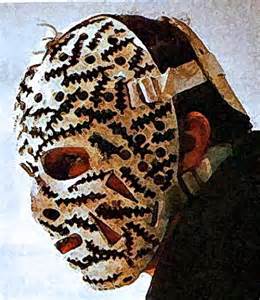 Episode 33: When the Cougars returned from their dressing room to start the second period defenceman, Eric Coswell skated over to Rick’s goal crease to tap his pads with his stick. “You’re playing great tonight Rick. You’re really keeping us in the game. If Brent … END_OF_DOCUMENT_TOKEN_TO_BE_REPLACED

Episode 32:
Misty could guess what the term, ‘hockey wives’ meant and was not sure that she liked the implications. She could not imagine her prime identity as a hockey player’s boyfriend. As she watched the first period of the game she was not sure that she even liked hockey. She wondered if some of the other girls felt the same way and only attended the hockey games because they loved their boyfriends. Misty also thought that for most of the girls being attached to a hockey player was an important part of their identity. For them being a hockey player’s girlfriend was an important status symbol. The women’s liberation movement was starting to make some head way in the sixties, but it seemed to not have had much impact on the majority of Canadian females. To these women dating a hockey player was critical to their self esteem and placed them in an elite group at high school.
As Misty scanned the row of ‘hockey wives’ she noted that all were attractive young women. This seemed to imply that a member of the hockey team had to have a good looking girl at his side. If a player couldn’t latch onto a beautiful girl there must be something wrong with him, and he would be better off just being single just as Rick had been before this evening.
Eric’s girlfriend, Susan introduced Misty to the rest of the group.
“Don’t be nervous, Misty. We’ll all have time to talk after the first period ends. During that time the players go to their dressing rooms for fifteen minutes. It gives the guys a chance to rest and to get feedback from their coach. The girls then go to the concession stand to get a coffee or a Coke or maybe have a smoke. I think we only have three smokers in our group. Most of the players don’t smoke and they usually prefer that their girlfriends don’t either,” Susan explained.
As the girls headed for the concession stands Misty noticed that a couple of them were looking at Misty suspiciously. Marlene and Jackie told the others that they needed to use the washroom. Most of the other girls took this as a message that they would need to have a meeting among themselves before they started to socialize with Misty. 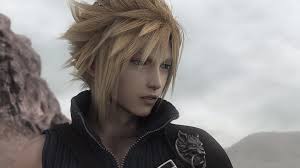 Episode 30:
As Rick and Eric entered the visitors dressing room all the talk was about the girl that Rick brought to the game. A few seconds later the Cougars coach Brad Kennan returned from the washroom.
“Listen up you guys. I know you’re curious, but don’t ask Rick any questions about his new female friend. Wait until the game is over. You guys all realize the importance of tonight’s game. I need Rick and the rest of you guys to place all your concentration on the game for the next ninety minutes and nothing else. Most of all, I don’t want Rick distracted by anything else. I need him to be completely focused on the game.
As I’ve told you guys before, I’m not happy with the way we’ve started off this season. I also know that you’ve heard a lot of talk from some of our fans. They’ve been saying that this year’s team is too young and doesn’t have the talent that previous year’s teams had. Yes, we are probably the youngest team in a few years, but that doesn’t bother me. Our youngest players will pick up on experience as the season progresses. I want you players to forget about the naysayers and to start to think positively. I believe in you guys and believe that we will be a force to be reckoned with this season.”
The Cougars started getting dressed for the game. Every player followed a different routine in putting on their hockey gear. For Rick, the most important component of getting prepared had already been done at home. Rick was meticulous in making sure that every item of his goalie equipment was placed in his duffle bag before he left home. Rick would double check a few minutes later to make sure that he hadn’t missed anything while he was packing up his duffle bag.
One of the last pieces of equipment that Rick put on was his hockey sweater. When the Cougars played on the road they always wore their white sweaters with brown and gold trim. Rick always preferred the road jersey with his name and number one on the back.
As he was tonight’s starting goalie for the Cougars, he was the first to lead his teammates from the visitor’s dressing room to the ice. Rick had placed two pucks in his trapper glove for the five minute warm up. He always felt a tremendous rush of adrenaline surge through him as he led his team out to the ice.

Episode 28:
The Cougars were scheduled to play the Norberry Knights that evening. Before getting his gear ready for the game Rick thought about giving Misty a call to see if she would like to come with him to watch the game. Rick’s new coach, Brad Keenan had started off the season by platooning his goaltenders. This meant that Rick and Brent would start alternate games. Tonight Rick was scheduled to start in goal as it was an away game. It worked out that Rick would play most of the away games and Brent would work the home games. For some reason, Rick liked this arrangement as he found that he preferred to play in different rinks. He seemed to get more pumped up when he new that at least one side of the arena would ‘boo’ him. Like a professional wrestler, Rick enjoyed ‘drawing heat’ from the opposition’s fans.
As Rick did not know how Misty would respond to his invitation he was more than a little nervous when he picked up the phone.
“Hi, Misty. It’s Rick,”
“You think that I don’t recognize my new boyfriend’s voice by now?” asked Misty.
“I love the sound of ‘my new boyfriend’”, Rick said.
“It sounds like you are falling in love.”
“I already have,” replied Rick.
“So what’s on your mind?” Misty asked.
“I’ve got a hockey game and I want to know if you would like to come with me.”
“That’s right. I’m dating a jock. I’ve never done that before. Sure, let’s go for it. I’ve never even been to a hockey game before.”
“You’ll love it. Good fast paced action. Can you be ready by five-thirty?”
“I think I can manage that. I’m kind of looking forward to watching you play hockey,” answered Misty.

Episode 24:
Lloyd Roberts was just waking up from a short nap he had after supper. As be reached for his pack of cigarettes, Lloyd could still remember the dream he had. He was in that zone where he was just coming out of the dream state, but was not yet fully awake. Lloyd was used to having many dreams while he slept, but there was something different about the ones that he had been having lately. His most recent dreams all seemed to have some spiritual or religious theme to them.
A few minutes ago, Rick had seen Jesus in his dream holding a little lamb in his arms. The other night he dreamed that he was sitting in a quiet peaceful location by a stream. When he turned his head he could see a man who looked like Jesus waving for him to come over to where he was standing. Lloyd scratched hic head before putting on his baseball cap with the Ford logo on it. He had started to notice a bald spot near the top of his head and thought that if he covered it up he wouldn’t have to think about it. What he was now thinking about was the significance of his dreams. His daughter, Sasha had been a Christian for awhile now, but Lloyd was wondering what kind of influence her new boyfriend was having on her beliefs. Lloyd expected Sasha would be home in a little while. He would ask her what she made of his dreams.
Lloyd had recently attained employment as a residential care worker at The Main Street mission. He found that of the many jobs that he had worked over the years this was probably one of the few that he actually enjoyed. Lloyd liked the street people that he got to know and was starting to feel that his life was finally starting to have some meaning.
Rick was beginning to mature as he entered his mid forties. The incident that happened at the rock festival had shaken Lloyd up. It now occurred to him that he had some serious responsibilities as a parent. 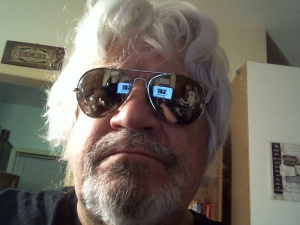 Table 41: A Novel by Joseph Suglia
The Weird and Fantastical Writings of Ken David Stewart
Blog at WordPress.com.
%d bloggers like this: